HTML5 vs Native App- Which Is Better For Mobile App development

HTML5 vs Native App- Which Is Better For Mobile App development

HTML5 seems to be a strong contender in the battle between native app and HTLM5. Native app was a top choice of the past. But today, according to the latest survey, 57 percent developers believe that HTML5 is enterprise ready or will be soon.

This survey name as “HTML5 vs Native Debate” was conducted by Telerik in October 2013 with the participation of at least 3,500 respondents around the globe.

The vice president of Telerik, Todd Anglin, said “HTML5 is a powerful technology for creating more on the web space and is one of the valid approaches to solve the challenges created by mobile.”

The survey suggests the blurring preferences of the mobile app developers’ in order to build high end user experience and better app development experience. Developers now are taking out time to understand the practices and advantages of native development in comparison to HTML5 development. Thus, realizing that there is no ‘one size fits all’ kind of solution in the Mobile Application Development process.

However, some developers are not convinced with HTML5 and stand for the native SDKs instead. As according to Vision Mobile, HTML fall short in five areas, namely performance, tools, APIs, education, and marketing. In contrast, Telerik defends it by saying that once the market for HTML5 matures these gaps will overcome, as it is merely a result of perceived assumption and not the technology itself.

Further, to prove this theory, Telerik conducted HTML5 Mobile Application Challenge, where the developers were presented with two identical phones with similar apps. The Developers were asked to identify, if the app was developed in native or hybrid, as a result, developers chose the app that had a better loading time as a native build. But actually both the apps were HTML5/ Hybrid apps.

It is believed that to opt between a native or a hybrid approach, lies majorly on the business needs, developers’ skill, app requirement, timeline, and other factors. Above all, developers need tools to develop an effective mobile application, regardless of the approach. 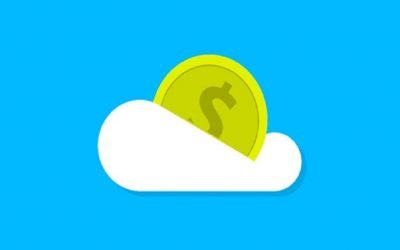 How Can Companies Save Cost with The Help of Cloud?