2016 has seen plenty of trends in mobile app development. We’ve also seen the ongoing battle between iOS and Android, and the citizen development initiative. Many of these mobile app developments have been pointing us toward trends that are going to start off and continue to evolve going into 2017. It’s important to keep abreast of the latest changes in so that you can keep on top of where things are headed and adjust your plans accordingly.

In this post, we’re going to take a look at some of the trends that will continue on into 2017.

Believe it or not, the end of this year will see 6.4 million connected gadgets worldwide. That’s almost one for every person on this planet.

The Internet of Things is shaping app development as we know it by requiring a dedicated app for almost every solution, using this to manage smart devices. Developing IoT solutions isn’t very different from what app developers have been doing for years, but most IoT solutions are already innovative by default and will require niche devices and services to integrate with.

It’s also interesting to note that IoT mobile apps don’t necessarily run only on smartphones. There’s recently been an EKG machine that detects electrical signals that a human body produces and then visualizes the sensor data all in real time.

This goal was achieved by developing an iOS app which uses OpenGL’s library and then wrapping it all in a native container. The developer should also focus on security along with coming up with nontrivial solutions.

For instance, there’s healthcare. This market is set to top $163 million by 2020. Johnson & Johnson actually noticed a vulnerability in one of their insulin pumps that over 100,000 customers count on in the U.S. and Canada. Luckily this didn’t happen, but this could’ve easily resulted in insulin amounts being adjusted, leading to the deaths of thousands of people.

You’ll want to make sure that you’re working with an experienced vendor and that all encryption precautions have been made.

The evolution of messengers was one of the biggest things that factored into app development. The next year, messengers and AI chatbots are going to become a trend all on their own. Businesses will always seek out new ways for them to reach their targeted audience.

Users spend as much as 85 percent of their time online in mobile apps, with heaviest usage being in social media apps. High-quality iOS apps and Android apps do help with brand visibility, but it’s getting easier and easier to communicate with customers through things like Facebook, WhatsApp and WeChat.

This year already, we’ve seen Facebook and Kik developing what we think of as lightweight AI communications platforms where they can effectively and efficiently speak to customers and answer questions that they might have.

More companies are set to hop on the bandwagon for AI chatbots into the future, especially with companies set to revolutionize the e-commerce industry and really take it to the next level of performance.

Millennials have officially become the largest population in the workforce. They value flexibility, use three to four devices while completing a job, and believe that the old systems that have been put into place only hamper performance, not help it.

As more and more companies take enterprise solutions to their problems, the demand for mobile developers is going to outstrip the capacity for them by 500 percent.

You can’t expect an employee with no software designing experience to create a mobile application that has high performance. Instead, they will focus on a single task and then get that task done with a micro app.

The Common Drawbacks of Selecting ERP Software for Small Business 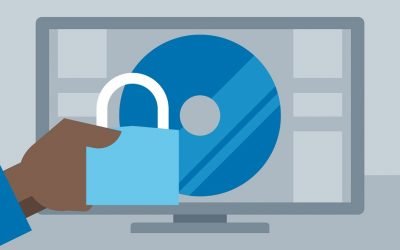 Have you Tested Your Product for Security? What Technology Startups of Today Must Take Care of in Terms of Security?